The little Zenoh dragon has vigorously grown up in the last year and now craves to take higher flight towards the highest peaks in marvellous lands. 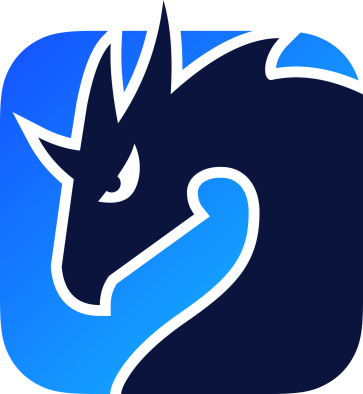 The new 0.6.0 release of Zenoh is code-named Bahamut: the king of the good dragons. This reflects the major efforts the development team and the community have put in Zenoh to make it grow healthy, strong, wise, and resolute. Bahamut comes with a supercharged list of new features and improvements, including:

The full change list for Bahamut can be found here. But let’s find out together what the main news is and what’s next.

A brand new API has just landed. And this is without a shadow of a doubt the biggest change brought by Zenoh Bahamut. Some of you may say “oh no, this is a breaking change” and some others may say “oh yes, tons of cool new features”! But worry not! Even if this is a breaking change, moving to the new API is quite trivial (see the migration guide)!

Zenoh is written in Rust and targets a large spectrum of hardware ranging from enterprise grade to embedded. Zenoh is also paired up with Zenoh-Pico, which is written in C, to expand our reach to the tiniest microcontrollers. Moreover, on top of the Rust implementation, C and Python bindings are provided, and many more are to come. Therefore, a new API was necessary to bring the required expressiveness, flexibility, and stability across different programming languages while having a similar look and feel.

The second reason lies in the need of having an API surface as minimal as possible so as to not overload tiny microcontrollers with a bulky and complex interface. Moreover, a minimal API surface also helps in creating and maintaining a more language-specific implementation for the bindings.

Last but not least, future extensibility was the third objective for the new API. Depending on the programming language, future extensibility is provided by three paradigms: builder pattern (e.g. in Rust), kwargs with default values (e.g. in Python), and option struct (e.g. in C). This allows Zenoh API to accommodate the addition of any new capability in the future whilst being backward compatible.

If you are curious about the philosophy of the new API, you can find the full discussion here.

Additionally, in C we have defined an ownership model to help developers to safely handle data when using Zenoh. You can refer to this RFC for a more detailed explanation of the ownership model.

Zenoh is governed by content-centric concepts, thus it uses key expressions to address data. A thoughtful definition and formalization of what a key expression is and looks like has been done in Zenoh Bahamut. This effort has been undertaken for three main reasons:

Briefly, we can summarize the main changes here below:

The single wild * expresses exactly one chunk of any value, and is equivalent to the [^/]+ regular expression. For example, a/*/b:

The double wild ** expresses any amount (including 0) of chunks of any values. For example, a/**/b:

For a more in-depth reading on key expressions, please refer to this RFC.

Please note that the configuration via a json5/yaml file is available only for the Zenoh implementation written in Rust and any bindings based on it. Zenoh-Pico does not support such a way of configuring since it will be simply too heavy for microcontrollers.

In this blog post we reported that Zenoh Aithusa delivered more than 3.5 million msg/s with 8 bytes payload, more than 45 Gb/s with 1 Megabyte payload, and a latency as little as 35 µs in backlogged scenarios. On the exactly same machine and 100Gb Ethernet connection, Zenoh Bahamut now brings significant performance gains by delivering:

The figure below shows (in log scale) the number of messages per second for different payloads: from 8 bytes to 1 GiB.

The figure below shows (in log scale) the results in terms of throughput (bit/s) delivered at API level. We also report the throughput obtained with iperf on the same 100GbE connection as reference baseline: 60 Gb/s. 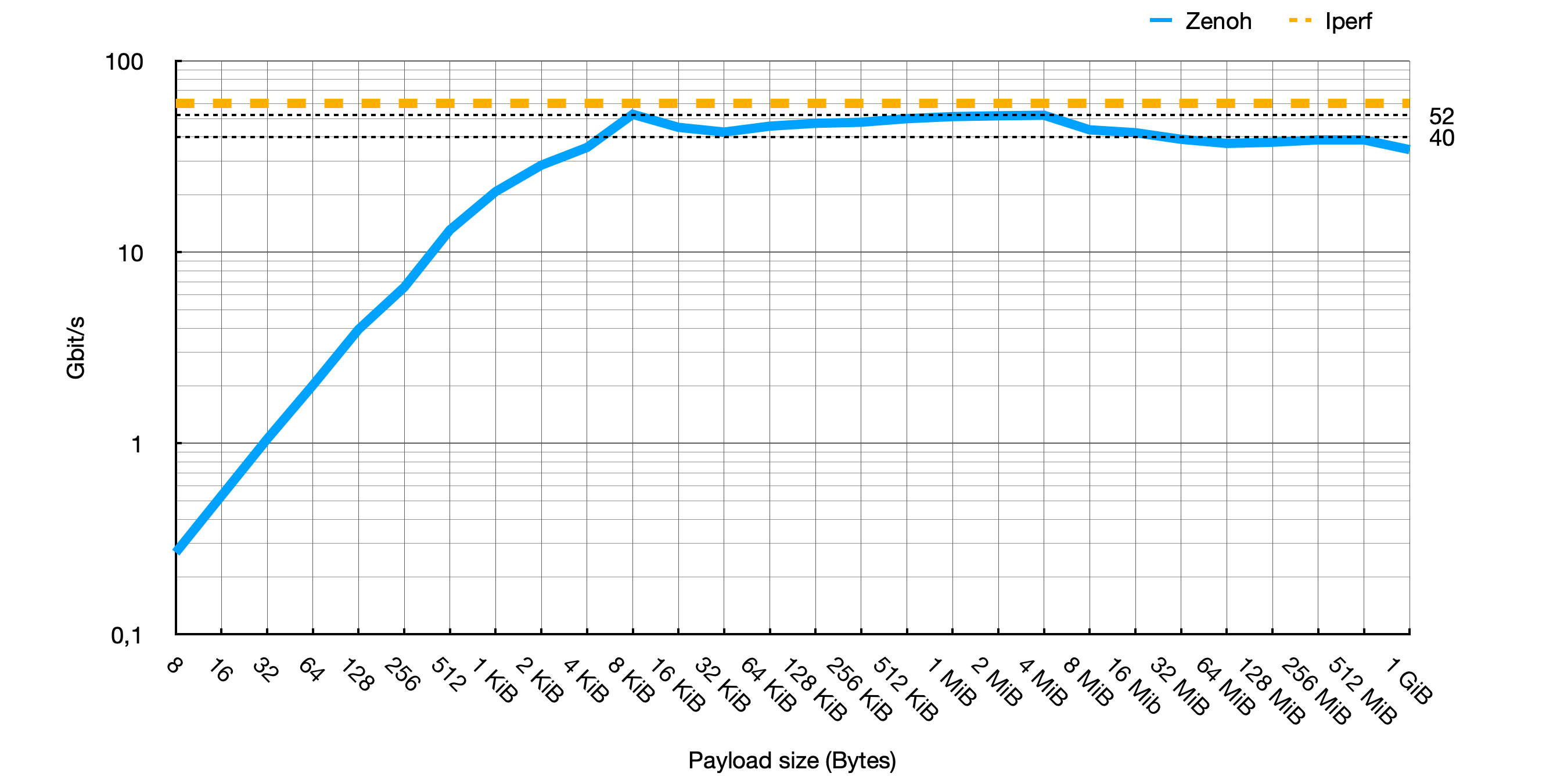 The figure below shows (in log scale) the one-hop latency for different message rates. The inf case represents the scenario where messages are sent back-to-back as fast as possible. In such a backlogged scenario, we can see that zenoh latency is as little as 15 µsec, less than half of before. The payload size is 64 bytes, the same as standard ICMP. A more in-depth explanation on why latency decreases when the message rate increases is available here. 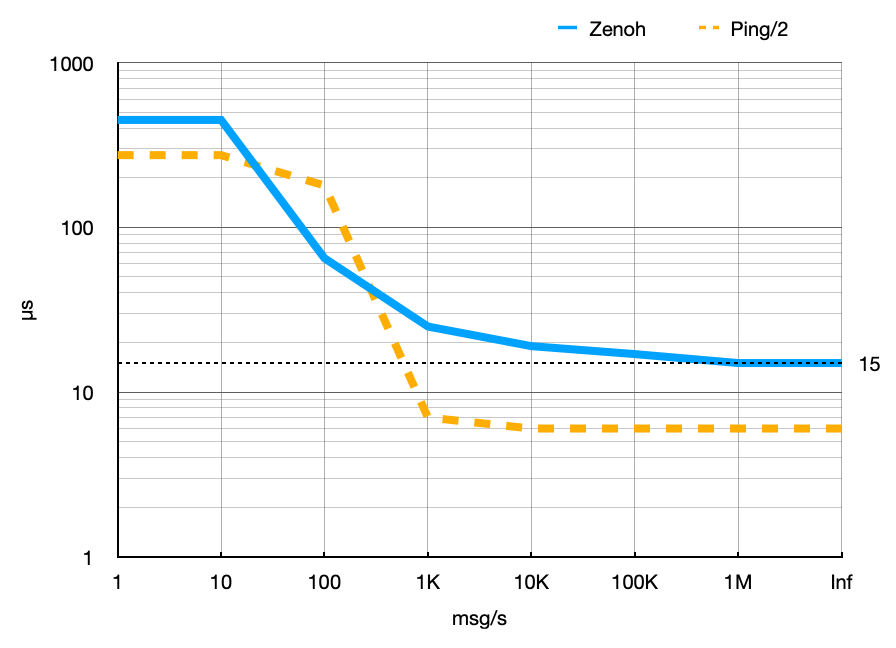 Zenoh Bahamut brings in a new experimental feature to support replicated storage alignment. Zenoh now ensures eventual consistency for storages that subscribe to the same key expression, even in the presence of network partitions and system faults. The storage alignment protocol that takes care of this convergence property is called anti-entropy protocol; as the name suggests, it keeps the entropy in the system low. Further details on the protocol and the usage are coming soon!

Zenoh also evolved its lightweight implementation targeting microcontrollers. In addition to the above features, Zenoh-Pico introduces other improvements, not only in terms of supporting platforms but also in terms of better suitability for such constrained devices. 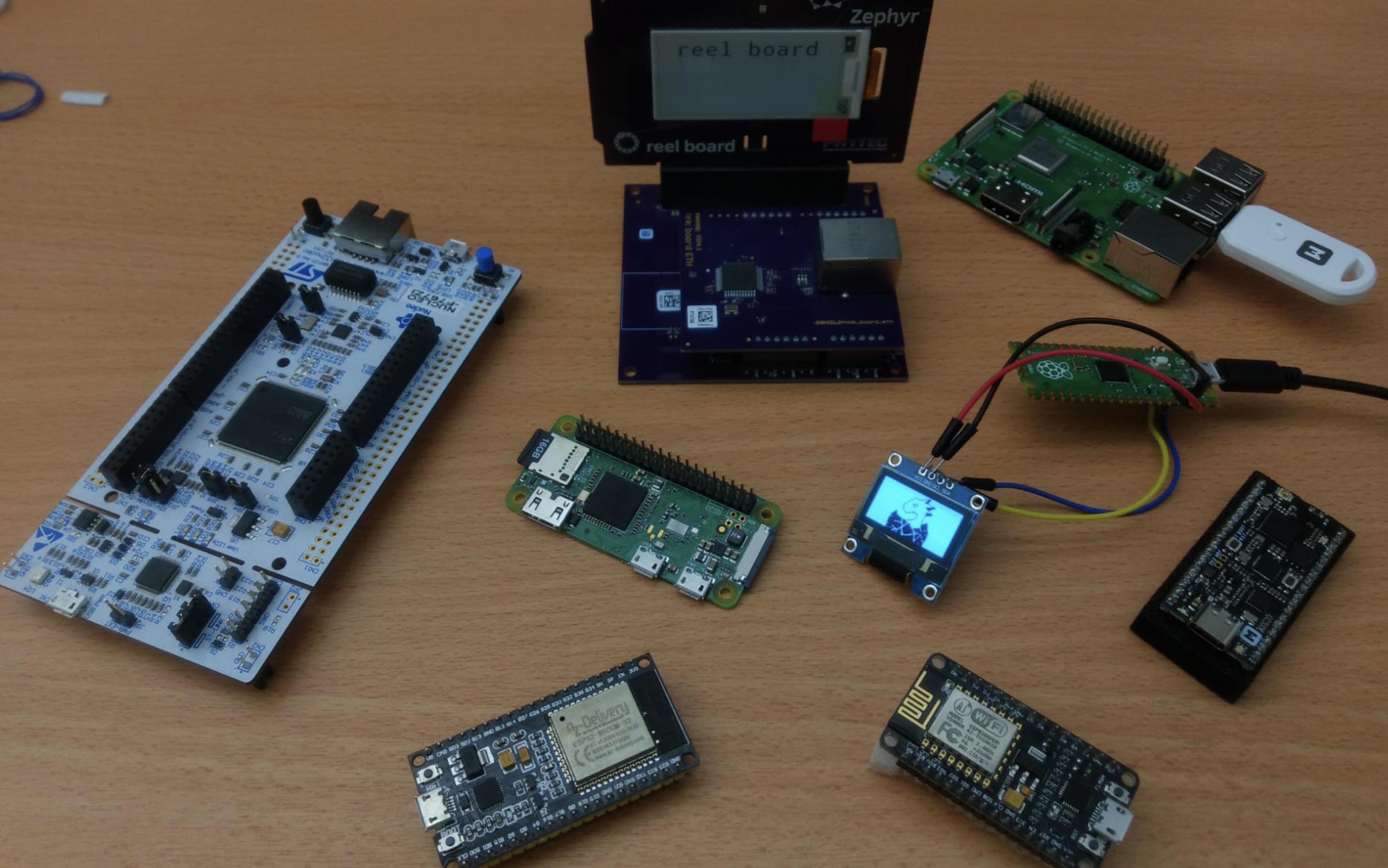 The list of supported platforms has been extended with:

Moreover, we have improved the design of Zenoh-Pico to better fit the requirements of the embedded systems and microcontrollers, including:

Are you ready to keep rocking with Zenoh?

These are the cool features you can expect for the months to come:

And many other cool things…

And don’t forget to stay in touch with the Zenoh team on Discord and to propose new features on the roadmap.

Next up: There is Land Besides IP: How to Cross It with Zenoh